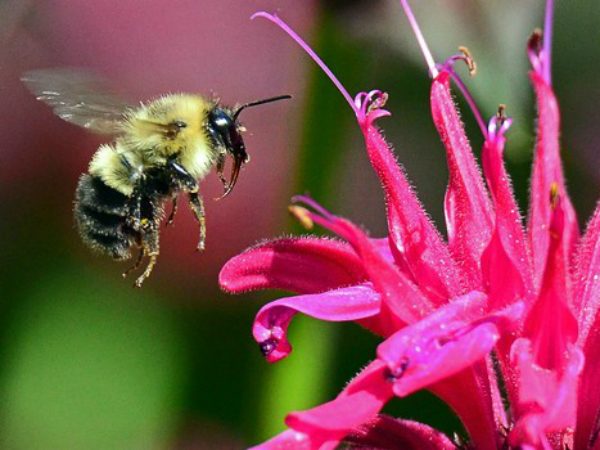 News about Bees, Beekeeping and honey from around the world. 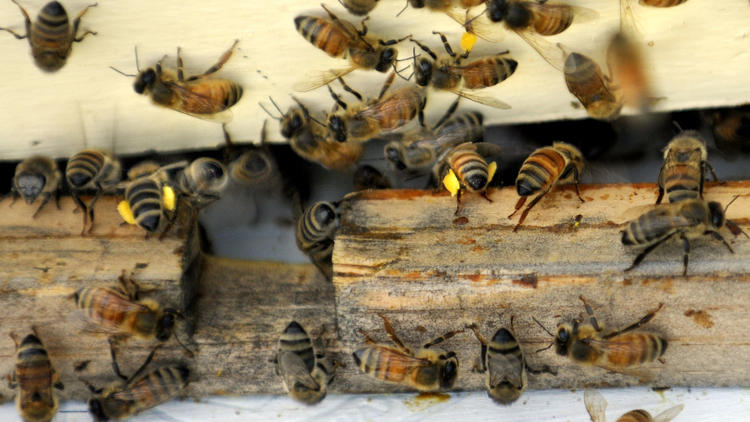 Connecticut beekeepers reported losing nearly half of their honeybees during the summer and winter of 2015-16, according to a new report, a die-off rate even higher than the national average of 44 percent.

State and national experts call the continuing losses of honeybees — which are essential for pollinating crops humans depend on — a major concern and unsustainable in the long run.

The shocking, and seemingly irreversible, destruction of the US honeybee population took a huge hit in the past year, with 44 percent of all hives collapsing between April 2015 and April 2016.

This was the second worst year for colony losses since the “Beepocolypse” started a decade ago, according to The Bee Informed Partnership, the collaboration between the US Department of Agriculture, research labs, and universities that is tracking the alarming numbers.

Seven Native American tribes in Oklahoma will provide habitat and food on their lands for monarch butterflies, whose numbers have plummeted in recent years due to troubles along their lengthy migration route.

Tribal leaders said at a news conference on Tuesday in Shawnee, southeast of Oklahoma City, they will plant crucial vegetation for the butterflies, including milkweed and native nectar-producing plants, on their lands.

“For the last several years, we have been raising bees and pollinators, so when his opportunity came along, it fit with what we were doing,” Thalia Miller, director of the Chickasaw Nation Horticulture Department, told reporters.

In Atlanta, it’s hard to ignore the mosquitoes and roaches. But there are insects some people would like to see more of: pollinators, like butterflies and bees. The Atlanta Botanical Garden is working with other organizations on the Greater Atlanta Pollinator Partnership to make the city a better place to live for birds, bats, bees and butterflies.

It’s hard out there for pollinators. Pesticides and habitat loss have had a negative effect on many of the insects that move pollen from flower to flower. A couple years ago, the Obama Administration launched the Federal Pollinator Health Task Force, to address some of those issues.

Here in Atlanta, the idea is to create a citywide landscape of pollinator-friendly places.

An ambitious new campaign has started in the U.S. to register one million pollinator-friendly public and private gardens and sites, and you can be a part of it.

The Million Pollinator Garden Challenge is a nationwide call to action “to preserve and create gardens and landscapes that help revive the health of bees, butterflies, birds, bats and other pollinators across America.” The campaign aims to get millions of individuals, kids and families outdoors and help make a connection between pollinators and the healthy food people eat.

This year, World Environment Day (WED) on June 5 has a different focus – and a greater sense of urgency. It isn’t only about raising awareness about climate change or saving the Amazon rainforest, but preserving life itself from slaughter and extinction.

“Go Wild for Life” is this year’s WED slogan. The theme is the fight against the illegal trade in wildlife, which not only contributes to the erosion of biodiversity, but also threatens the survival of elephants, rhinos and tigers, among many other species.

The atrocities being committed against wild animals are both inhumane and a serious threat to the planet’s natural systems. For example: Elephants are being slaughtered in the African savannah with their tusks hacked off by poachers. Tiger skins with embalmed heads are being sold in Asian marketplaces. The shells of giant sea turtles are being impounded by customs agents en route to Western buyers.

The bees are dying. By putting micro-sensors on bees and #IntelEdisontechnology in their hives, one of the world’s greatest minds is hoping to save them from extinction. #ExperienceAmazing

A queen bee got trapped in the back of a car, causing the hive of approximately 20,000 bees to chase the vehicle for two days.The queen bee apparently got stuck in the car boot (trunk).

It took five different beekeepers, park rangers, and others to get them out, according to The Metro.

By attaching tiny tracking devices to the backs of honey bees, one Australian scientist hopes the insects will reveal why the global bee population is in serious decline.

Nearly ten thousand bees on the remote Australian island of Tasmania are buzzing around with little sensor “backpacks” about the size of a grain of rice. These tiny technology trackers offer clues to a mysterious environmental tragedy that threatens the world’s food supply…

Some Ontario apiarists say they’re finding more dead honeybees than they did even two years ago, in spite of new regulations to restrict, eventually, the use of a controversial seed-coating pesticide.

Those losses, beekeepers say, coincide with spring planting and are consistent with pesticide exposure.

They include dead and “twitching” bees by the hundreds at about 300 of the 950 hives owned and managed by Belmont-area beekeeper Albert Devries.

He believes the reason is “absolutely, without a doubt” neonicotinoids, a group of pesticides used as a coating on corn and soybean seeds to ward off insect pests before the plants emerge.

This is the first year Ontario farmers are working under new rules governing the use of neonics that regulators say can harm pollinators such as bees.