Home  ›  Natural Beekeeping  ›  How ‘Neonics’ Impact Bees and Your Garden

How ‘Neonics’ Impact Bees and Your Garden 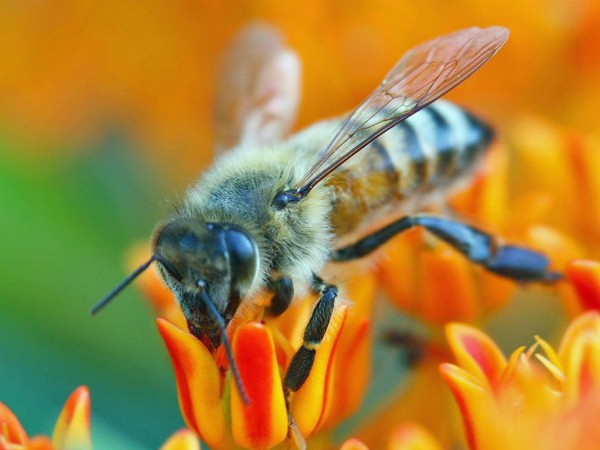 Albert Einstein once made a statement that was simple but carried a punch, “If the bee disappears from the surface of the earth, man would have no more than four years to live.”

Whether or not you agree with him, one thing is for certain, we need bees. The populations of domesticated honeybees and wild bumblebees are in decline. This is alarming when you consider that more than one half of the world’s crops are dependent on bee pollination. Crops such as apples, blueberries, onions, and almonds are just some of our food that will be in serious jeopardy if our bee population continues to drop off.

The mysterious phenomenon of Colony Collapse Disorder (CCD) surfaced in late 2006 as report after report came in of disappearances of domesticated honeybee colonies in North America. Soon after, the same occurrence began to baffle those in Europe as well. At present, an average of 30% of all beehives in the US are lost each winter.

This epidemic means that many colonies are found with a live queen, honey in the hive, and immature bees still present. All the worker bees in these hives are simply gone. They leave the hive to go to work and don’t seem to make it back.

While science scrambles to come up with the answers to the bewildering disappearances, a hot debate over the use of neonicotinoids, commonly referred to as “neonics”, has erupted.

Neonics are the largest selling class of insecticide sold worldwide. Neonics are different from other insecticides because they are ‘systemic’, meaning they infiltrate the entire system of the plant’s tissues, affecting the roots, stems, pollen and nectar. This means the bees consume the pesticide right from the bloom. Many environmental researchers and bee activists claim this neurotoxin then kills the bee, or in cases of lower dosages, compromises its ability to navigate it’s way back home.

Researchers from Penn State University have been looking at the pesticide residue in loads of pollen that bees carry home as food. Every batch of pollen that honeybees collected was found to contain at least six detectable pesticides. This included various fungicides, herbicides, neonicotinoids, pyrethroids, and insect growth regulators, according to the Center for Pollinator Research.

There is enough concern about the use of neonics to cause the European Union to vote in a two year moratorium on the systemic insecticides.

A group of scientists associated with the International Union for Conservation of Nature (IUCN)- undertook a meta-analysis of 800 peer reviewed reports of systemic pesticides such as neonicotinoids and fipronil. The report concludes, “…that field-realistic concentrations of neonics adversely affect individual navigation, learning, food collection, longevity, resistance to disease, and fecundity of bees. For bumblebees, irrefutable colony-level effects have been found with exposed colonies growing more slowly and producing significantly fewer queens.”

Dr. Jean-Marc Bonmatin- one of the leading authors of the report claims we are witnessing a threat equivalent to that of DDT. Dr. Bonmatin further states, “Far from protecting food productions, the use of neonics is threatening the very infrastructure which enables it.”

Neonics in your garden

Neonics can be introduced to your garden when you buy transplants from nurseries and garden centers which have been pre-treated with pesticides. And because these pesticides are ‘systemic’, they persist in the soil after the crop has been harvested. These lingering pesticides can then affect the following crop, with residues absorbed into the harvest and eventually to the food on your plate. A 2013 study by the environmental group Friends of the Earth found neonics in plants from Lowe’s and Home Depot stores in Minneapolis, San Francisco and Washington, D.C.

Gardeners can reduce their exposure to neonics by buying only ‘certified organic’ transplants and starters. Organic gardening methods negate the need for pesticides and herbicides in the garden, and lawns today can be tended without relying on chemical assists.

There is another voice

Representatives of the insecticide industry argue that the amount of neonics used in studies reflect lethal doses, concentrations much higher than bees would be exposed to in typical agricultural conditions, and therefore are not realistic reflections of the effects of neonics on bees.

In a recent study at the University of Maryland, research shows that the higher the dose of Imidacloprid (a widely used neonicotinoid) administered to the bees, the lower the rate of survivorship is for the honeybee colonies. However, the dose considered by the authors to be considered ‘field-realistic’ does not show a significantly higher death rate, or decreased foraging abilities. To view the study, visit journals.plos.org.

Other factors to consider

Marta Spivak, an entomologist and Distinguished McKnight University Professor at the University of Minnesota, puts forward the observation that managed honeybee hives have been in decline since World War II, when agricultural methods changed. According to Spivak, after the war, farmers started planting large mono-crops like corn or soybeans and began to use herbicides to kill off the weeds. Many of the weeds had flowers that bees count on for their survival. Farmers also stopped planting cover crops like clover and alfalfa, which are highly nutritional food sources for bees.

Spivak also makes a case for the devastation of bee death when neonics are applied in high concentrations, and she acknowledges the problem of the Varroa destructor mite, which spread widely in the 1990’s. If a bee’s immune system is already compromised by even a low dose of neonics (for example, the concentration found if only the seed of a plant is treated) it can make it all the more difficult for the bee to recover when it encounters the dreaded mite.

We are not helpless

While large agribusinesses may account for much of the herbicide and pesticide usage, individuals also make a difference when choosing products and methods for lawn care, gardening and pest control. What can we do to lessen the problem?