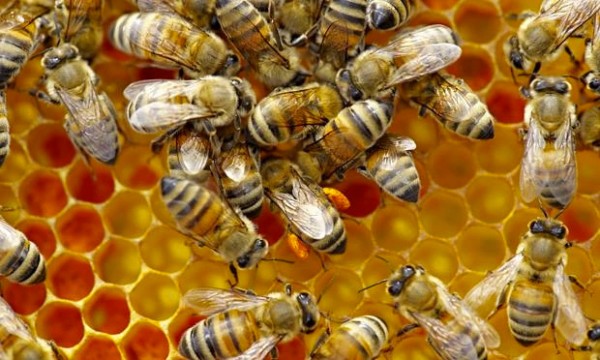 The mysterious vanishing of honeybees from hives can be directly linked to insecticide use, according to new research from Harvard University. The scientists showed that exposure to two neonicotinoids, the world’s most widely used class of insecticide, lead to half the colonies studied dying, while none of the untreated colonies saw their bees disappear.

“We demonstrated that neonicotinoids are highly likely to be responsible for triggering ‘colony collapse disorder’ in honeybee hives that were healthy prior to the arrival of winter,” said Chensheng Lu, an expert on environmental exposure biology at Harvard School of Public Health and who led the work.

The loss of honeybees in many countries in the last decade has caused widespread concern because about three-quarters of the world’s food crops require pollination. The decline has been linked to loss of habitat, disease and pesticide use. In December 2013, the European Union banned the use of three neonicotinoids for two years.

Article & image from The Guardian – Honeybees abandoning hives and dying due to insecticide use, research finds.