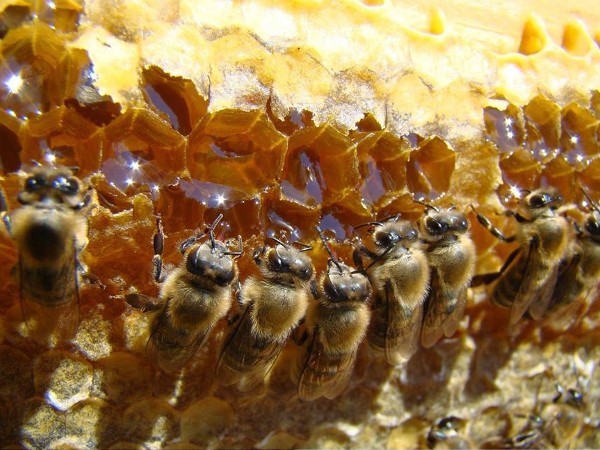 I was recently interviewed for an article for lowimpact.org by Helen Iles.

Here is a copy of the article…

Stu Anderson lives at the end of a steep and stony track not far from Byron Bay in Northern New South Wales. His beautiful, hand-made home stands amongst others, surrounded by lush rainforest. Stu is one half of the father son team behind the Flow™Hive. It’s an invention which has captured the imagination of the beekeeping community worldwide by creating a way to “tap” honey directly without the need to open the hive. Their crowd fund campaign took less than 8 minutes to reach their $70,000 target and went on to smash records, raising over US$12m. But the Flow™Hive has attracted strong criticism from natural beekeepers. In this article, we’ll hear from the inventors themselves and also from Adrian Iodice, a natural beekeeper with a small business homestead in the Bega Valley in Southern New South Wales.

When I first meet Stu, over a year before the launch of Flow™Hive, it is to record an interview for a documentary I am making about community. Tall and tanned, his gently greying hair curving around the collar of a cotton shirt, he greets me warmly before walking me down the quiet, narrow road through his community. On the way, we stop and speak with Cedar, Stu’s son, who has his head under the bonnet of a broken-down truck. It’s clear that father and son both share a skill for mechanics. Stu is the engineer of many technical innovations in the village, such as the off-grid electricity fed to all the homes. What I don’t realise at this time, is that the Anderson family has nurtured three generations of keen bee-keepers, and that these two are about to launch an innovation which may well revolutionise the world of beekeeping. Instead of having to open the hive to collect honey, their Flow™Hive incorporates a specially designed frame of comb. Embedded with a split cell system which releases the honey from the comb, the beekeeper can simply insert a tap and the honey flows out. Easy!

But some natural beekeepers protest that the Flow™Hive does not have the bees’ interest at heart. To understand their objections, it helps to have a broad picture of beekeeping practice.

Though inevitably a form of husbandry, beekeeping around the world exists on a continuum. Commercial honey producers, on one end, are often criticised for their over-intervention in hives – such as treating bees with antibiotics and anti-fungals which pollute the honey. Environmental beekeepers, on the other end of the spectrum, place little importance on honey-gathering. They “rob” the hive only when the honey is in excess, and then often only for medicinal purposes. Natural bee keepers seem to exist somewhere along this continuum. They extract honey, but they also place bee and colony health at the forefront of their practice.

Over 50% of all honey is currently produced in China. Their operations involve on average about 50 colonies of bees, whilst in Canada, it’s more like 1000. It’s likely all these beekeepers use a hive design dating back to 1852, when Lorenzo Langstroth invented removable frames, enabling honey to be taken without destroying the whole colony. The Flow™Hive, whilst working with the Langstroth hive design, claims a new level of bee care – the removal of honey without disturbing the bees at all. With bee health on the global agenda following widespread loss of colonies, this particular invention seems to be capturing the zeitgeist.

One of first to disagree that the Flow™Hive would be good for bees was Milkwood, a social enterprise working with natural beekeepers alongside permaculture teachers, farmers and natural builders on courses in and around Sydney. Milkwood representative Kirsten Bradley expressed nothing short of horror at both the mechanism and philosophy of the new invention, comparing it to powdered potato and battery chickens. Another post, on the Natural Beekeeping Trust website, compared the Flow™Hive to a cyborg, because of its replacement of hive “body” parts with mechanical elements.

Adrian Iodice, from Beekeeping Naturally, is equally disturbed. I speak to him as he heads back to his young family after five days on the road. He’s tired, and his voice is passionate, if weary.

“People have no idea about bees and honey and they’re so excited about this bee hive. They don’t really understand the complex society of a Bee organism. They don’t know the plight of bees. At a time when Bees are dying in their billions around the world, the last thing we should be focusing on is the honey. I feel it’s just another nail in the bloody coffin.”

The capitalisation of the word “Bee” refers to the colony, rather than the single bee, and it’s a distinction which refers to the holistic nature of the colony and the way bees together behave as one being. It implies a spiritual, even mystical relationship which has long intrigued the beekeeper.

Adrian argues that the Langstroth hive itself is part of the problem, because the design of it means that you have to rip the roof off to do an inspection. “ A better hive”, says Adrian, “ is the Kenyan Top-bar hive where most of the heat and nest scent is maintained during inspections and honey harvesting. It also keeps the brood chamber whole, which is seen by natural beekeepers as the “heart’ of the colony. I find that with this hive, the Bees are happier and much easier to work with!”

Speaking from his home near Byron Bay, Stu reminds me that the response to the Flow™Hive has been overwhelmingly positive, but says that they do welcome people thinking carefully about what they have to offer. One of the main criticisms has been that the Flow™Hive may cause inexperienced bee keepers to over-tap the hive, thus leaving the bees starving. Honey ‘robbing’ is so-called because it is the bees’ food, and Adrian argues that it shouldn’t be the main focus of keeping a hive.

“The whole emphasis in bee-keeping these days, even at a back-yard level, is on “how much honey do you get? We keep the bees working to fill the void left when we take the honey. We stress them out!”

“One of the things we’ve been trying the emphasise all along”, responds Stu, “is that really looking after these bees involves learning a lot, and observing a lot, and spending time with them. All that’s changed is that you don’t have to spend as much time disturbing the bees and as much time in your sticky laundry! In theory, our invention gives beekeepers more time to spend with their bees. Grab a cup of tea or a beer and sit outside the entrance of their hive and just watch. You’ll learn a lot.”

Adrian feels that it’s just too tempting when it’s made so easy.
“Even though the inventors of the FLOW hive advocate responsible management and care, the common perception out there is that ‘All you have to do is turn on the tap and collect the honey’. Honey harvesting is 1 or 2 days work out of a whole season of caring for your Bees, Its the reward we get if there is surplus honey for us to take, there is so much more to it than just taking the honey.”

Stu is clearly aware of the conversations his invention has initiated.
“Some of the criticisms have been that our invention leads to more potential for industrialisation of beekeeping and we don’t think the invention makes any difference either way. Beekeeping has already been industrialised. Our invention means that if people are using industrial techniques, bees won’t get stressed as much, but they’re already using techniques that at times can be pretty brutal.”

Adrian doesn’t feel it’s an excuse that “it’s already happening”. He speaks particularly vehemently about the use of plastic in the Flow™Hive.
“The end product is having a heap of bees living in plastic and making that ok. And that’s not ok. It’s not ok to have bees living in plastic that off-gases. Because no matter what kind of food-grade plastic they use, they know that it’s going to off-gas. We’re talking about the bees. Where they live. Their home. And when you’ve got a hive. Heating up, cooling down, humidity. That is going to off-gas. Just that in itself, in my eyes, should be illegal.”

“If we could do this with some sort of natural materials, we would, and we’ll keep working on that. But right now, we couldn’t see any other alternative. The bees do cover the plastic matrix in wax, and they ventilate their hive constantly. Plastic frames have been used in beehives for 20 years without any known problems. Nevertheless, we look forward to using a more ‘natural’ material in the future.” says Stu.

Being that Stu himself has chosen to live in a natural home, I can see the problem with inviting bees to live in a synthetic pre-fab, and Adrian agrees.
“These bees are lucky if they make the next twenty years and that’s a fact because of all the poisons we’re putting on our planet. And now we’re going to subject them to tens of thousands of plastic hives. All these bees in these plastic colonies. Just that in itself is enough for me to be really upset.”

Some of the effects of the Flow™Hive we may never be able to quantify, but at present, Team Flow seems to be managing the dramatic shift from pitching a crowd-fund to operating a functioning business. Their initial deliveries have been ahead of time and their websites promises education and information about bee-keeping. Their community forum provides a space where Flow-users can discuss their experiences. Stu feels that the Flow™Hive has the potential to empower a lot more people to keep bees. “Beekeeping is such heavy work if you do it traditionally.” he says. “Our invention has made it more available to women and people who are older and so on…So more people will be keeping more bees.”

Much of this discussion is about fundamental principles, such as the emphasis on honey and the design of the Langstroth hive on which the Flow™ frames are based, so in some ways, the a two sides appear to have reached an impasse. Maybe it’s up to us, as new or established beekeepers, to educate ourselves and make our own decisions about how, why and whether we keep bees at all.

Author Bio: Helen iles is a Welsh independent film-maker/writer currently living in Melbourne. Her film exploring intentional communities in Australia is screening at IPPC London in September, Transitions Film Festival Totnes in November and is available until October 1st via a crowd fund campaign :

An interview with Adrian Iodice wirtten by Helen Iles for lowimpact.org